On Nonlinear PDEs and their Applications

“On Nonlinear PDEs and their Applications” 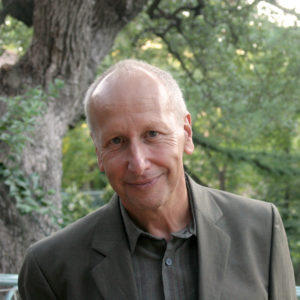 During the conference, we will honor the 70th birthday of Dr. Luis A. Caffarelli, who has made fundamental contributions to the field of partial differential equations and their applications.

We first describe how non-local operators arise in the study of stochastic queueing networks. This happens when the arrivals are heavy-tailed, or the system suffers from asymptotically negligible service interruptions. In these models, the Itô equations in the so called “diffusion” approximation are driven by either (1) a Brownian motion and a pure-jump Lévy process, or (2) an anisotropic Levy process with independent one-dimensional symmetric alpha-stable components, or (3) an anisotropic Lévy process and a pure-jump Lévy process. We identify conditions on the parameters in the drift, the Lévy measure and/or covariance function which result in subexponential and/or exponential ergodicity, and we show that these conditions are sharp. In addition, we show that for the queueing models described above with no abandonment, the rate of convergence to the stationary distribution in total variation is polynomial, and we provide a sharp quantitative characterization of this rate via matching upper and lower bounds. From a PDE perspective this rate of convergence describes the large-time behavior of the solution of the associated parabolic equation to that of the elliptic. Deriving an upper bound for the rate of convergence is standard. It is the lower bound has some novelty.  This talk is based on joint work with Hassan Hmedi, Guodong Pang and Nikola Sandric.

Henri Berestycki
“Predators-prey model with competition : the emergence of territoriality”
In this talk, I report on joint work with Alessandro Zilio in which we propose a new model for predators like wolves that can divide into several hostile packs. We aim at showing how territories and packs are formed among certain predators. This model, an extension of the original Lotka-Volterra system, rests on basic principles of predator – prey interaction and competition.

We analyze stationary states and various asymptotic behaviors of this system, especially when the competition parameter between packs becomes unbounded. To analyze the limiting state, we mainly rely on methods developed by L. Caffarelli and F-H. Lin. One particular novel feature of our approach is to treat the number of components (packs) as a variable. The questions we address are to understand the conditions under which predators segregate into packs, how many packs there can be, whether there is an advantage to have such hostile packs, and to discuss the different territory configurations that can arise. We can then compare the implications of this model with various observations.

Rafael de la Llave
“Some examples in the global theory of minimizing geodesics and minimal surfaces”
In a famous paper on the theory of flat chains. H. Federer introduces an example  that he attributes to F. Almgren.  The example is really an example of  metric that has the property that none of the miniming periodic orbits is really a class A minimizer. In that respect, it is more dramatic than the better known example of Hedlund in which only three mininizing periodic orbits are class-A minimizing.  There are many related examples.

Yanyan Li
“Existence and uniqueness of Green’s function to a nonlinear Yamabe problem”
For a given finite subset S of a compact Riemannian manifold (M; g) whose Schouten curvature tensor belongs to a given cone, we establish a necessary and sufficient condition for the existence and uniqueness of a conformal metric on M∖S
M
S
such that each point of S corresponds to an asymptotically flat end and that the Schouten tensor of the new conformal metric belongs to the boundary of the given cone.  This is a joint work with Luc Nguyen.

Fang-Hua Lin
“A few Problems Related to Periodic Homogenization”
A solution of the heat equation is called an ancient solution if it is
defined for all time. One can classify completely all positive ancient solutions or ancient solutions of polynomial growth solutions for the standard heat equation. Generalizations of such results for heat equations on certain classes of complete Riemannian manifolds and uniformly parabolic equations are possible. It is particularly interesting to understand the case that equations have periodic coefficients. We will discuss a few questions with regarding more explicit representations. There are also related questions concerning Nodal and Critical points of solutions of elliptic (parabolic) equations with periodic coefficients. Some recent progress and open problems will be presented.

Francesco Maggi
“Plateau’s problem as a singular capillarity problem”
We introduce a length scale in Plateau’s problem by modeling soap films as liquid with small volume rather than as surfaces, and study the relaxed problem and its relation to minimal surfaces. This is based on joint works with Antonello Scardicchio (at ICTP Trieste), Darren King and Salvatore Stuvard (at UT Austin).

Stefania Patrizi
“Dislocations dynamics: from microscopic models to macroscopic crystal plasticity”
We present some recent results obtained  for equations of evolutionary type, run by fractional and possibly anisotropic fractional operators. The models considered arise natural in crystallography, in which the solution of the equation has the physical meaning of the atom dislocation inside the crystal structure. Since different scales come into play in such description, different models have been adopted in order to deal with phenomena at atomic, microscopic, mesoscopic and macroscopic scale. We show that, looking at the asymptotic states of the solutions of equations modeling the dynamics of dislocations at a given scale, one can deduce the model for the motion of dislocations at a larger scale. The results presented  are joint works with R. Monneau and E. Valdinoci.

Jean-Michel Roquejoffre
“Large time behaviour in multi-dimensional Fisher-KPP type equations”
The Fisher-KPP (Kolmogorov, Petrovskii, Piskunov) equation in variable is one of the simplest looking reaction-diffusion equations. In one space dimension the level sets of the solution starting from a Heaviside initial datum will converge, in some Galilean reference frame, and up to an additional nontrivial logarithmic time delay, to constants. This result was proved by Bramson in the early 80’s, using elaborate probabilistic arguments. This result was extended by Gärtner in the following way: in several space dimensions the solution starting from a compactly supported initial datum will, still in a Galilean reference frame, and up to a logarithmic time delay that is different from the 1D one, will be bounded from above and below. The goal of this talk is to further this result: in every direction, the level sets stabilise to constant positions that, in general, will depend on the direction. Joint work with L. Rossi and V. Roussier.

Yannick Sire
“Extremal metrics and isoperimetry on riemannian manifolds”
Several years ago, N. Nadirashvili and myself started a program devoted to the study of critical metrics for eigenvalues of the Laplace-Beltrami operator on surfaces. This led to several existence and regularity results. In this talk, I will describe the main features of the results and how to extend them to several contexts or other type of operators such as Schrodinger operators.  I will emphasize in particular on some open problems and some new directions in the higher dimensional case. This type of problem is at the interface of PDEs, real and complex geometry and also, surprisingly, algebraic geometry.